Parochialism or not, community is unavoidable if we understand humans as social creatures dependent for better and worse on lives beyond ourselves. However, community is often without a livable definition by being limited to “conversations of shared interest.” Shared interests and ideas are integral to community, which should include psychological and emotional connections (Ohmer & DeMasi, p. 6; Carr, p. 26). But ideas and interests are fleeting and can divide neighbors based solely on cognitive affiliations. Different ideas ensure critical thought and even reinforce one another, especially since we always live and work with people with whom we vehemently disagree and still consider them friends, lovers, and colleagues (Graeber, 2004, pp. 8-9).

Because of this, I respectfully quibble with Cheryl Walter, to whom community is “an inclusive, complex, and dynamic system, of which we are a part” (p. 69). To clarify, I agree with this but her existing definition too easily leads to expressions like the “online community” or the “global community,” 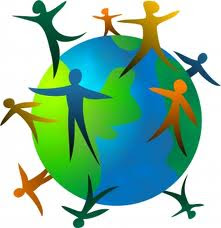 which may appreciate interconnectedness but also dilute, or delude, community of any bioregional emphasis, local mutuality, and ultimately interdependence. And so community ironically remains individualistic: we are connected so long as nothing is required of us. Democracy functions similarly in a procedural republic like the United States. 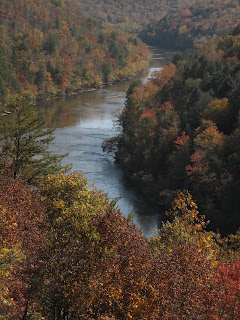 A process-structure concept, which is an adaptable dynamic process that maintains form without rigidity over time (Lederach, p. 84), accommodates both. Community is a multidimensional system, but I think Walter’s attempt to cover all forms of social relationship as community makes places vulnerable to extractive market forces and therefore homogenization. She short shrifts the notion of the commons, as well as the crucial role of trust and partnership in community (Walter, pp. 80-1). And her definition, like many others, is entirely anthropocentric. We cannot, as some assume (Minkler & Wallerstein, p. 33), divorce ecological and social systems, because the latter take their lives from the former.

Such people seem hostile to community incorporating anything geographic (Carr, p. 25) and argue that communities solely based on interest, such as the Internet, can effectively replace declining geographic communities (ibid, p. 27). Social media has made humans more intricately connected than ever before, but recent research apparently shows that we’re also lonelier than ever before, which is a public health issue. An Australian study also found a strong link between Facebook users and narcissism, manifested “in patterns of fantastic grandiosity [and] craving for attention.” 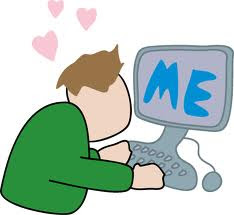 And interestingly, narcissism is closely tied to loneliness. Online “communities” become projections of self-image, which then defines community as a retreat from “the messy reality of other people.” This is certainly not always the case, but we do meet fewer people and gather together less frequently. Proximity matters: where we live, who we live there with, and how we live there define our relationship to the world.

Community must be narrowed to emphasize places and expanded to include nature. Therefore, I think it would be better, and more realistic, to say community is like, and part of, an ecosystem, which is mutable and resilient, inclusive, has permeable borders (Walter, p. 72), and is always adapting to context. In fact, place can be more inclusive than communities of interest because it encompasses multiple interest groups by something, or somewhere, held in common. And because of that they may realize that their best option for survival is learning to work together, and in “this way places breed cooperation” (Kemmis, p. 122). This kind of community does not spontaneously happen, because, as mentioned before, inhabiting means dwelling in a place in an intentionally practiced way (ibid, p. 79). Place is large enough to nurture pluralism but is small enough to restrain it (Myers, p. 364) from becoming another indiscriminate egalitarianism. The land itself is made healthy through biodiversity. This conception knows the always changing nature of community and place.

Which once again brings us to the question of democratic scale and limits. Community is like cells in the body and the body itself, which has limits but is always receiving and giving, just as ecosystems are always transformed by outside disturbance. In this understanding, there is potentially an organic household—that is, an ecosystem—which can contain the human and the nonhuman together (Kemmis, p. 120). I don’t think a radical democratic public is possible without some idea of community as an ecosystem, because “public life can only be reclaimed by understanding, and then practicing, its connection to real, identifiable places” in which citizens participate (ibid, p. 6). Perhaps, then, communities as ecosystems could help revive, or achieve, something like democracy. In a healthy durable place, diverse residents must learn to live well with their neighbors. Scholars as far back as Tocqueville “have emphasized the engagement of the community as a focal point of a healthy democracy” (Ohmer & DeMasi, p. 6), something which the Occupy Movement is trying to revision and reinvigorate. Understanding the relationship between community, democracy, and place does not ignore the reality of forced migration through violent displacement (Footnote). But displacement only highlights the importance of place in human imagination even more. We are always already somewhere. And, as Flannery O’Connor once wrote, somewhere is better than anywhere.

Peacebuilder John Paul Lederach describes society as a House and the opposing theories of how to construct this House: top-down or bottom-up (p. 37). The blueprints of our House called for liberty and justice for all, but the foundation was poured with white supremacy, patriarchy, and oligarchy (Myers, p. 203). This House was built more by enslaved Africans than by free Europeans, and we evicted the previous inhabitants. Lederach’s opposing theories of social change lie at the heart of the debate about democracy and community. One approach believes social injustices are a personal and policy problem: the House needs some slight adjustments and some redecorating, but the structure is sound. The other approach thinks that these injustices stem from the very history and formations of economic and political structures themselves: the House cannot simply be repainted, but might be in need of extensive renovation.

Because a House divided against itself cannot stand.

Footnote: The Occupy movement has even experienced this.

Kemmis, D. (1990). Community and the politics of place. Norman: University of Oklahoma Press.

Jonathan McRay
Ask my friends. Ask my neighbors. Ask my enemies. I am unfinished.